In this episode we talk about The Lion and his mysterious sword choices, then we go deep down the rabbit hole looking at the mystery of the Emperor's grand plan, Horus' Rebellion, and the infinite dimensions and timelines of the warp...

Pete Dunn is giving away The First Wall in a charity raffle:
https://www.justgiving.com/fundraising/horusheresy

Mutov III is a powerful Martian holding on the fringes of the Spindral Wastes. Whereas Sendec - now shattered by two invasions by the traitors - controls the southern warp routes to the Spindral, Mutov controls the northern-most. Repelled twice already from Sendec, the Traitors now throw their weight at the Mutov System.

Mutov is a Mars equivalent world, red dust rich with iron, studded with forge-fanes, enormous refinery and smelting operations, hive cities, open cut helot-mines, lakes of oil and bitumen, rad zones, esoteric facilities and installations the purpose of which are only clear to the warrior-priests of Mars.

MORE INFORMATION ABOUT MUTOV WILL BE RELEASED THROUGHOUT THE CAMPAIGN

The points levels of your games, terrain, and narrative is up to you, set within one of these Warzones. Results should be posted to the latest pinned thread in the Eye of Horus Podcast Facebook Group. If you wish to write some brief narrative to support your results that would be great!

You need to report your games as follows:

Draw: If the game is a draw please report it so we have a total of games played. A draw however does not create any CPs.

Victory: If you win a game it is worth one CP on the tile you played upon.

Heroic Victory: Winning a game by double the number of victory points as the enemy (or anything else both players might consider a Heroic Victory) will gain your faction 2CPs on the tile you're playing on.

The space above Mutov holds a series of void stations, carefully placed as to protect the planets primary hives and forges and control the approaches and holding fields above the planet. These holding fields contain hundreds of transports either bringing in foodstuffs for the Helot populations, or taking away raw or refined materials. Due to the amount of traffic sometimes these ships will hang in orbit for months awaiting orders to load or unload.

There are three such stations above Mutov, and destruction of these will be a key to the traitors control of the system.

BFH games played in the Mutov Campaign should include a space station controlled by the Loyalists. This is free and can be a Space Station (150 points from the Fleet Support section) or in really big games a Ramilies Star Fort. 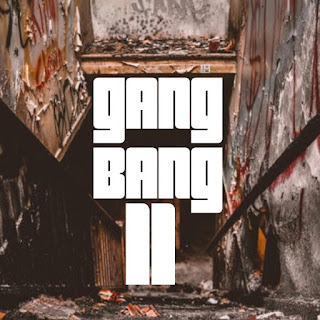 In this episode of BRACE FOR IMPACT we talk about Solar War quite a bit, catch up on what's been happening and then do a couple of segments on the Imperial/Chaos Grand Cruiser chassis and its various builds, and THEN we talk about SPACE TERRAIN!

We hope everyone is safe during these crazy times! Wash your hands!